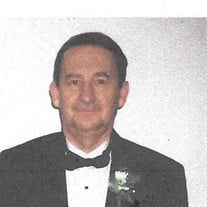 David Carlisle Harvey, age 84, of Bolingbrook, Illinois, passed away at his home on April 25, 2022. David was born on April 15, 1938, in Hannibal, Missouri, to Carl Ivan and Anna Belle (Carlisle) Harvey. He married Carol Anne (Miller) Harvey, daughter of Arthur Boone and Mary Edith (Futrell) Miller on November 24, 1967. He is survived by his wife, Carol; two sons, John (Kate) of Bolingbrook, and Jason (Hilary) of Evanston; and six grandchildren: Jacob, Sam, Arthur, Clive, Emma, and Sarah Harvey. He was preceded in death by his parents and his brother, Darrel Francis (Marvel Lea) Harvey of Troy, Missouri. David grew up in Center, Missouri, attended Hannibal-LaGrange College and graduated from William Jewel College. He met Carol at the Canadian Baptist Church in Newfoundland, Canada, in 1964, while serving in the United States Air Force. Following their marriage, the couple lived in Austin, Texas, St. Paul, Minnesota, Springfield, Illinois, and Lansing, Michigan; before settling in Homewood, Illinois for 44 years where David worked as the Administrative Manager for the Federal Highway Administration, they moved to Bolingbrook, Illinois in 2021. David was an active and beloved member of the churches they attended in every city where they lived, serving many roles including Sunday school teacher and deacon. Cremation rites have been accorded. A Celebration of Life will be held on Saturday, June 18, 2022, from 2 p.m. to 4 p.m.. Honorary Memorials may be made to the Samaritan’s Purse (www.samaritanspurse.org) or Angel’s Grace Hospice (www.angelsgracehospice.com/donate). Funeral arrangements entrusted to McCauley-Sullivan Funeral Home and Crematorium.

The family of David Carlisle Harvey created this Life Tributes page to make it easy to share your memories.

Send flowers to the Harvey family.