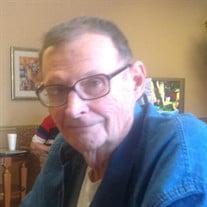 Eugene Anton Norysewicz, age 85, formerly of Bolingbrook, IL. passed away peacefully October 14, in East Providence, Rhode Island. Devoted husband (46 yrs as of 2009) of the late Patricia nee Koz Adored father to Karen and the late Tony Father in law to Jonathan Daby Brother to Florence (Hank) Rogalski and Janie (Bob) Olejniczak Brother in law to Don Koz and Roy Koz and the late Wally & Linda Koz Eugene (Gene) was born on a dairy farm in Thorp, Wisconsin in 1935 during a blizzard and grew up milking cows “8 days a week”. The needs of dairy cattle meant he had to drive himself and his mother to his 8th grade graduation at the county seat, and after high school he was attracted to the city lights rather than farm life and he moved to Cicero Il at 19. He met his wife Patricia (“a red head with long legs”) in 1962 at a church dance which was not his typical entertainment venue at the time. He and Patsie fell in love right away and married soon after in 1963. Through all the following years, they barely spent a day apart and always retained their deep love for each other. They moved to Bolingbrook (“way out in the boonies”) in 1968 and raised their 2 children there. Gene was a volunteer firefighter & EMT in Bolingbrook (in the 70’s) as well as being among the first wave of paramedics in the state. He was fireman of the year in 1974. He worked for 30 years at Western Electric in Cicero at several positions notably as a set-up man as well as on early work on fiber optic cable. After semi-retirement he worked as a Pinkerton security Lt at Hickory Ridge Conference Center in Lisle Il. Gene liked gardening and working with his hands and did all kinds of repair work himself (“farm boys learn to do everything’). He and Pat liked to fish (she fished, he untangled lines & re-baited her hooks), hike, and bird watch. They also enjoyed travel and took their kids all over the central US, never hesitating to wade into ice cold water to add to his daughter’s rock collection. Gene was a great story and joke teller, always using a lot of his own humorous phrases to describe things. He was a man of caring, tolerance, and deep faith who devoted himself to his family. He was a lover of classic country music and polkas. Eugene rejoined his wife Patsie on Oct 14th and he will be dearly missed. Visitation Wednesday 9:00am until time of prayers 10:45am at McCauley-Sullivan Funeral Home 530 W. Boughton Rd. Bolingbrook IL. 60440 to St. Dominic Catholic Church, Mass 11:30am. Interment Resurrection cemetery (Romeoville).

The family of Eugene Norysewicz created this Life Tributes page to make it easy to share your memories.

Send flowers to the Norysewicz family.