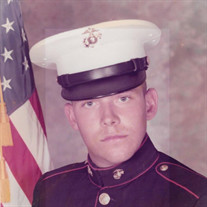 John David King was called home on March 31, 2020 at the age of 68 in Bolingbrook, Illinois. He was born May 31, 1951 in Erie, Pennsylvania to the late Winfield King and Julia Cornish (King). His stepfather was Clark Massingham. John was preceded in death by his siblings Jack King, Charles King, Richard King, Harold King, Elmer King, Emery King, Alice Phillips, Louise Albee, and his sister-in-law Mary Montello. He is survived by his loving wife of 41 years Sandra Lee King (Gephart). His children Mark Anthony Miske, David Alan Miske, and John David King Jr. His daughter-in-law Kristin King (Ewald). His grandchildren Dylan Anthony Miske, Gianna Emily King, and John David King III to arrive in August 2020. His best friend Lucky dog. His three daughters Julie, Shannon, and Stacy. His adopted son Mikel Fabecich. His brother James Slater. His mother-in-law Anna Gray. His sisters-in-law Cheryl King, Rita Gollias, Kathleen Gephart, and Vicki Grimes. Also, many loving nieces, nephews, extended family, and friends. John lived in Illinois, Iowa, and Pennsylvania over the years. He spent most of his life in Chicago, Illinois. He was a United States Marine veteran and served from April 14, 1972 until April 12, 1974. He was a window washer by trade. He was a 25 year cancer survivor. He was an amazing, strong willed, and strong minded person. He loved his children and grandchildren dearly and he put his family, friends, and others before himself. He loved cooking Thanksgiving dinner for family and friends. He loved to deliver presents to the children of close family and friends on Christmas Day, dressed as Santa Claus. He loved to play cards especially with his aunt Gladys and his sister-in-law Mary. He loved being outdoors, especially fishing and camping. During the last few years, he loved to be on the computer playing casino games. He was my husband, my best friend, my strength, I will miss him, and cannot wait to see him again. Rest In Peace my darling husband, I Love You! John always wanted to feed the homeless because one of his sons lived on the street many times over the years. Instead of flowers, we would ask that you make donations to feed the homeless. We have created a GoFundMe page to help cover some costs of the celebration of his life, and the remainder, we will donate directly to feed the homeless per his wishes. We appreciate all the love, support, and kindness everyone continues to show. God Bless! There will be a live Video of John's service on our Facebook page Monday 12pm. Please click the link before to watch. https://www.facebook.com/McCauley-Sullivan-Funeral-Home-Crematorium-316705011718946/?ref=aymt_homepage_panel&eid=ARD3qgM_BY6gBiy0wX0CwrQBQoCmDJinKdUduNReXFWWVboo8Y8hXjTg-g_lC_FlLjLKm5xcn3TPsbRP

John David King was called home on March 31, 2020 at the age of 68 in Bolingbrook, Illinois. He was born May 31, 1951 in Erie, Pennsylvania to the late Winfield King and Julia Cornish (King). His stepfather was Clark Massingham. John was preceded... View Obituary & Service Information

The family of John David King created this Life Tributes page to make it easy to share your memories.

Send flowers to the King family.