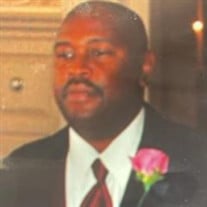 Lamont Joseph Beard (affectionately called Mont) was born on July 2, 1958, in Chicago, Illinois to Willa M. Beard and Joseph W. Price. He was the youngest of four children for Willa M. Beard and the youngest of three children for Joseph W. Price. Lamont attended John B. Drake Elementary School, where at times, to his dismay, his mother worked as a Teacher’s Aide in one of the very first Head Start Program(s). He attended Wendell Phillips High School where he thrived as a football player. He often talked about the “Glory Days” of being on the football team the year Wendell Phillips went to the State Playoffs. After graduating from high school, Lamont worked his way through college, often having to stop and re-start as he earned the money to continue towards his degree. His hard work and perseverance paid off and in 1989, Mont graduated from DePaul University with a B.S. in Accounting. Lamont confessed Jesus Christ as his Lord and Savior in 1991. As one of many examples of God’s miracles in his life, Mont met the love of his life when his future mother-in-law mistakenly grabbed him, instead of “the other guy”, and introduced him to her daughter. On October 24, 1992, Lamont married Deonne Lynise Beard. This year they would have celebrated their 30th wedding anniversary. From their union were born two daughters; Taylor and Morgan. Lamont loved his family, and his daughters were the apples of his eyes. Throughout his life Lamont worked in various capacities until he found his passion in premium auditing, which allowed him to utilize both his accounting and business analytical skills. Lamont was blessed with a family that truly loved and cherished him. Lamont is preceded into Eternity by his maternal and paternal grandparents, his parents, his brother, five uncles, three aunts, one sister, and one nephew. Those that Lamont leaves to mourn his empty seat at the table are: • His wife, Deonne Beard • His two daughters; Taylor Loren and Morgan Pryce Beard • Sisters; Deborah Norman [Lloyd] and Donna Hartman [Michael] • Aunt, Jeanette Greer • His “through the fire brothers” David, Byron, Patrick, and Steve • His “just like sisters”; Dolores and LaShawn (sisters in law) • Mother in Law, Janice Arnold • Three nieces; Sharron Johnson, Traci Dunlap (Erik), Beverly Veal, Daine, Paulette, and Bonnie • Five nephews; Anthony, Jordan, Stephen, Danny, David IV (also Godson) • Many Cousins, and a whole host of friends It is with humble hearts and gratitude during this time of remembrance, we have come to understand how much our family and friends mean to us. Your thoughtful expressions of support, whether it was a tasty meal, beautiful flowers, or even snow being removed; it has all been nourishment for the soul and will always be remembered. Your kind words comfort us during quiet moments and we are appreciative of your love and care. With our sincerest love, Deonne, Taylor, and Morgan Funeral arrangements entrusted to McCauley-Sullivan Funeral Home & Crematorium.

The family of Lamont Joseph Beard created this Life Tributes page to make it easy to share your memories.

Send flowers to the Beard family.