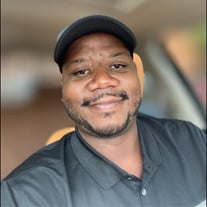 The year was 1986, one day after Christmas the Lord decided to bless the world with one last holiday gift. His Holiness knew the world was becoming dull and complacent, so he chose to send a messenger to shake things up. His chosen messenger was tasked with spreading love in an unconventional yet bold way. This chosen one was to be disruptive without being disrespectful. To bring together people from different backgrounds, ethnicities and walks of life and form lasting relationships between strangers. He knew exactly who to send knowing the task was time sensitive. The Lord's plan would require his messenger to be called home once the mission was complete. So, on December 26th, 1986, God sent us Matthew John Wheeler. The Lord entrusted his care to his proud parents Carolyn and Samuel Wheeler Jr. whose only instructions were to raise him, keep him safe and when the time comes let him go out on his own and start his journey. God equipped Matthew with the following tools to complete his assignment. Humor, charisma, the gift of gab and a gentle approachable spirit. Matthew would live a colorful life to say the least. He would live life on his terms with a strong will and ability to "work a room". His personality will be electric, almost magnetic. He will have the ability to tell a story like no other and would have a captive audience hanging on his every word. Matthew is and will forever be loved and remembered. A natural born salesman, he could sell water to a whale, an egg to a chicken, the man could be very persuasive without being pushy or conniving. He prided himself on being fully transparent when either creating business opportunities for others or middle manning a sale in any capacity. He loved bringing people together in that way and never asked for any monetary compensation. This character trait often made people want to compensate him for his time. Matthew became the guy you call when you're celebrating, partying, mourning or just wanted someone to talk to. If you need advice or someone who'd tell you what you needed to hear, not what you wanted to hear. Matthew was who you’d call. Self-proclaimed straight shooter. Matthew had the unique ability to adjust to any environment, you'd find him in a suit and loafers one day, hockey jersey and Air Jordans tennis shoes the next day. He was often told that he should have been a lawyer, he loved the art of debate. He craved the back and forth of friendly disagreement. He didn't even have to win the debate, he just wanted you to acknowledge a different point of view. Matthew worked in the restaurant industry for years, then made the switch to corporate America for a while but he was an entrepreneur at heart. Before his calling home he started creating businesses as well as partnering in business with others. Matthew was an avid golfer but for argument's sake let's agree he would consider himself one of the future greats. He was also a history buff who loved documentaries and possessed the ability to weigh-in on almost any topic at any time. Matthew was not one to ever be at a loss for words. But hands down his biggest life achievement and what he was most proud of was becoming a father to his 2 beautiful children. Melanie and Caleb Wheeler. More than anything in the world he valued the time spent with the kids. On May 20th, 2022, The Lord called his faithful messenger home. Mission complete, job well done. In Matthew's final days he strengthened his walk with the Lord our savior Jesus Christ. Matt received the Holy Spirit and received the gift of speaking in tongues. He called Carolyn his mother one evening to share the news and to pray with her. It’s believed he knew his mission was coming to an end. In some personal writings he left behind he began to ponder on the age-old question…. what is life, why am I here. What is my purpose? The last days of his journey he started to experience some health complications in which he originally felt he’d easily recover from. As a result, he chose to distance himself from family and loved ones, it’s possible that he knew it was his time and didn’t want to be remembered in a certain light. In his final moments he was surrounded by love. He was not alone and had loved ones by his bedside as he transitioned home. To be absent from the body is to be present with the Lord. His impact is unmeasurable. The lives he touched are innumerable. He stirred the pot, he shook things up, he was given an assignment and completed it with a smile. He literally passed on with a smile on his face. Almost a grin. Like he knew something we didn’t know. But I knew, he had a purpose and fulfilled it. He’s back home now. Possibly debating amongst the angels. I can hear him now telling the angel Gabriel to “prove it then” in the midst of a heated debate in which he initiated. This is not a goodbye more like until I see you again. MATTHEW JOHN WHEELER you are loved. Now in true Matt-like fashion I ask that you mourn but don’t be sad because he’s back home and he’s all good. Cry but follow it with a smile. Laugh then laugh some more. It’s time for trash talking, joking, bringing people together and working the room. Knowing Matt this was all part of the plan. His last hoorah for now, center of attention. Today alone will bring together old acquaintances, reunite family members and give glory to God for blessing us with his presence even if for a short time. His memory lives forever. Funeral arrangements entrusted to McCauley-Sullivan Funeral Home & Crematorium.

The year was 1986, one day after Christmas the Lord decided to bless the world with one last holiday gift. His Holiness knew the world was becoming dull and complacent, so he chose to send a messenger to shake things up. His chosen messenger... View Obituary & Service Information

The family of Matthew John Wheeler created this Life Tributes page to make it easy to share your memories.

The year was 1986, one day after Christmas the Lord decided to...

Send flowers to the Wheeler family.