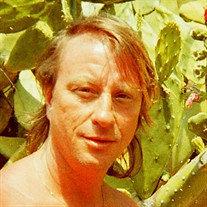 Due to the current Covid-19 issue, we will need all that are attending to come in masks and gloves. As of now we are allowed only 10 people at a time in the building. We ask that you all remain in your vehicles until called upon. I know this may be tough to deal with but everyone's overall health is our main concern. Going forward the family will be having a party/memorial celebration sometime down the road and you are encouraged to attend. Please feel free to reach out to any of Nick's immediate family for any concerns or issues that you may have. Thank you and god bless... Nicholas Frank Palcuk, Age 62 of Bolingbrook, passed away with those that loved him most, at peace in his home on Sunday, March 29th 2020. Nick fought to the very end, but has passed after his battle with cancer. Born December 6, 1957 in Chicago, Nick was the son of Theodore Palcuk and Delores Popule. Nick was twice married. First, the Mother of his Son Nicky Jr., Maureen Smith followed by Deena (DiMenna) Cothard, the Mother of his Daughter, Lydia Jolene. Nick spent the formative years in his family home in Romeoville, Illinois, and after a couple of different temporary locales, soon made his own home in Bolingbrook. Nick was built for the outdoors, live music, and the love of his family, direct and far extended. There is not much the man wanted to do that did not get done. Be it the entirety of the maintenance on his Chevy's, his home, traveling around the world, his 47 trips to Jamaica... truly, Nick did not want-for much. He loved the simple pleasures of a Heineken, a Cubs W, and the times he shared with his many friends. He lived a good, well-fulfilled life and leaves behind a lasting touch to all those he was able to grace in his time here. Survivors include his Children: his son, Nicholas (Kristy) Palcuk, his daughter, Lydia Palcuk (Fiance Jacob Horn) all of Bolingbrook, and Thomas Cothard of Wilmington, IL. His Sisters: Doris (the late Gene) Myers of Romeoville, Teddie (Eric) Vanasek of Bolingbrook, Amelia Palcuk of Bolingbrook, and his brother-in-law Dan Gerrity of Bolingbrook. His Girlfriend, Lesly Yednock. His nieces and nephews: Aron, Eric (Angela), and Clayton Colclasure. Matthew (Lindsey), Jeremy, Monica, and Kelly Myers. Jason (Danielle), and Kevin Gerrity. Chris, Adam, and Andrew Vanasek. Melanie (Curtis) Palcuk-White, Michelle (Tyler) Rothstein, Alexandria, and Kurt Jr. Palcuk. Nick was preceded in death by both parents, his eldest brother Terrance Palcuk, and two sisters: Nancy (Robert) Colclasure, and Linda Gerrity. In the words of Jake Eckert, It's your life that you're livin', you're gonna get back what you've given. In Lieu of Flowers, Donations can be made to the ECAA Esophageal Cancer Awareness Association, or St. Jude's Children's Memorial. The funeral service will be live-streamed on Friday, April 3, 2020, at 10:00 AM CT. Please go to our Facebook page to watch at https://www.facebook.com/McCauley-Sullivan-Funeral-Home-Crematorium-316705011718946/?__tn__=%2Cd%2CP-R&eid=ARBa_6DtlzBjTQsLF6gi04cG7zku44v7SY5fjooBM2rvsiVv-O0zsIhI9maQSLQc70AQjpa9gDMUN4HL.

Due to the current Covid-19 issue, we will need all that are attending to come in masks and gloves. As of now we are allowed only 10 people at a time in the building. We ask that you all remain in your vehicles until called upon. I know this... View Obituary & Service Information

The family of Nicholas Palcuk created this Life Tributes page to make it easy to share your memories.

Due to the current Covid-19 issue, we will need all that are...

Send flowers to the Palcuk family.