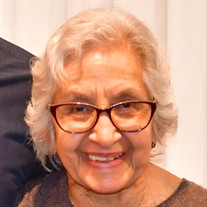 There are bookworms, and then there are those whose appetite for reading is better compared to some larger, more ferocious animal. Sheila M. Deshmukh was one such voracious reader. You could call her pursuit of literature almost fanatical – her shelves bowed with the weight of the books she purchased and she regularly read The New York Times Books section. Sheila spearheaded a book club at her senior living community, and adored discussing books and recommendations with her son, daughter-in-law, granddaughters, and friends. She loved to read so much that she feared losing her eyesight with old age, saying that she wouldn’t be able to enjoy life without being able to read.? Sheila M. Deshmukh passed away peacefully in her home in LaGrange, IL on the evening of September 10, 2020 at 91 years old. She had just started reading The Warmth of Other Suns by Isabel Wilkerson. Born in 1928 in Mumbai, India, Sheila M. Deshmukh, ne? Engineer, grew up in Kanpur as the eldest of five siblings. Her family were Parsis, part of an ethnoreligious group in India that has been slowly dying out over the decades. An ambitious, intelligent young woman, Sheila attended Vellore Medical College in Tamil Nadu in an age when not many women in India went into medicine. She became a respected radiologist and was awarded a few medals for surgery as well. In 1963, she met her husband Madhukar Deshmukh when they were both working at KEM hospital in Mumbai. They married in 1963, breaking tradition as a Parsi and Hindu couple.? In 1964, Sheila and Madhukar’s only son, Ravi, was born in Mumbai. The three left India in 1968 for London, then moved to Chicago in 1969 and finally to New York in 1970. She worked for many years at Albert Einstein College of Medicine in the Bronx as a staff radiologist specializing in breast imaging. In her free time, Sheila enjoyed travel, sewing, knitting, classical music, and gardening. She was also close to her younger sister, Jane, who she lived with for the last few decades. As she aged, Sheila was known for her liveliness, strong opinions, inquisitive mind, and zealous spirit. She tried her hand at charcoal sketches, learning Italian, and flower arranging. Even after she stopped physically traveling, she continued to explore the world, annotating books and eagerly perusing Smithsonian magazine and National Geographic. An avid reader of The New York Times, she was always clipping articles from the print edition to share with her loved ones. Sheila’s fun conversation and sharp memory made her out to be years younger than she was?– she herself said that she often forgot how old she really was.? Sheila is survived by her loving sister, Jane; her son, Ravi; her daughter-in-law, Beena; her granddaughters, Mika and Priya; her family in Amravati, India; and the many friends she made and stayed close with over the years. Her youthful energy, curiosity, and kindness will be missed and remembered by all.

There are bookworms, and then there are those whose appetite for reading is better compared to some larger, more ferocious animal. Sheila M. Deshmukh was one such voracious reader. You could call her pursuit of literature almost fanatical –... View Obituary & Service Information

The family of Dr. Sheila M Deshmukh created this Life Tributes page to make it easy to share your memories.

There are bookworms, and then there are those whose appetite...

Send flowers to the Deshmukh family.