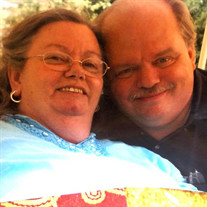 William P. Magee II (July 29, 1947- Dec. 1, 2021) William P. Magee II, long time resident of Bolingbrook, IL died peacefully in his home Dec. 1, 2021. Mr. Magee was noted for his neighborly compassion, love of animals, skill in photography and music, a genius-like intellect when it came to technology and electronics, but mostly for his deep love and devotion for his wife, Janice. Magee, known affectionately as “Uncle Bill” to family, was born July 29, 1947, grew up in Elmhurst and was a U.S. Army veteran. He graduated from Willowbrook High School in 1965 before joining the U.S. Army three years later. While in basic training at Fort Leonard Wood in Missouri his intellect quickly became apparent to his instructors. “Uncle Bill told me that upon completing basic training he was awaiting his first assignment when he was informed by his superiors that he had been selected for enrollment in a special military school to become a code breaker due to his aptitude and intelligence,” said Don Grigas, Magee’s brother-in-law. “But before he could be sent to code-breaking school he was given an honorable discharge in order to care for his aging mother and father, both of whom suffered from severe health issues. His folks were living alone in Elmhurst and needed Bill as their sole source of support.” Upon receiving his discharge Mr. Magee enrolled at DeVry Institute of Technology (now DeVry University), and received a degree in Electronics. He became employed as a computer engineer and began a 50-plus year career in technology and electronics. He was employed by, and affiliated with, high-tech companies like Honeywell, Digital Electronics Corporation, Novadyne Computer Systems, Inc., McDonnell Douglas, Boeing and Bridgehead Software. Over the years he served as a designer, systems analyst, administrator and trainer. In the late 1960s he met Janice Grigas, who worked as an executive secretary in Honeywell’s Chicago office. They began dating, fell in love and were married in January, 1971. When Janice died in December, 2020 the couple was just a few weeks away from celebrating their 50 th wedding anniversary. Along their life’s journey together the couple traveled extensively, often to sites like Boston, Colorado Springs, California, Starved Rock State Park and other locations. On those trips Magee developed a knack for photography—not just taking photos but developing and Photoshopping them as well. Images of landscapes, nature scenes, historical sites and animals decorated the couple’s home. For several years he documented the 500-mile bicycling trips his wife took while cycling throughout the state as part of Bicycle Across the Magnificent Miles of Illinois (BAMMI). Following the week-long annual summer trip throughout the state he created multi-media slide presentations for the organization that served as a visual travel log for its members. Mr. Magee enjoyed fishing and was an accomplished self-taught musician, playing the accordion and keyboards. “He used to play for his own enjoyment and to relieve stress,” said Grigas. “He was talented, and would often play a rousing polka on the accordion, or a medley of great old pop tunes on the keyboards.” A self-proclaimed computer “nerd” and “techno-geek”, Magee was always quick to help family and friends solve complex personal computer problems, technical electronics problems and automobile issues that seemed very simple to him. “If your car broke down on a highway or street, he would be there within 30 minutes and have the problem diagnosed in 10,“ Grigas said. “Then, in most cases he could either fix them on the spot or at least let you know the source and scope of the trouble. He was incredibly gifted.” Magee was an animal lover whose five cats – Buddy, Scruffy, Punkin, Sissy and Squeaker -- were more family members than pets. “Those cats were like children to them both,” Grigas said. He also loved cooking and in good weather could be seen in the couple’s driveway slow-smoking items for family and visitors, delicacies like spare-ribs, salmon, chicken and other delicacies. “He loved experimenting with various flavored wood chips and marinades to bring out the best in those foods. Hickory, apple and cherry wood-smoked items were his favorite. He was a creative perfectionist. and the result was remarkable,” Grigas said. “Whatever he undertook, Uncle Bill always researched it thoroughly beforehand in order to do the best job possible, whether it was culinary arts, home construction projects, auto engine repairs or researching family history. He was always prepared, and may have invented the motto ‘measure twice, cut once’. His mind just worked at a higher, much different capacity that most others.” Magee also became heavily involved in genealogy, helping Janice trace the roots of their family trees. His ability to compile and organize family information – from printed data to vintage photos stretching back through generations -- resulted in extensive catalogs of family heritage. Over the last few years Mr. Magee had successfully fought through various ailments but always kept a cheerful outlook. “Uncle Bill, for all of his knowledge of facts and science, also had a very strong spiritual side to him,” Grigas said. “He maintained a good, positive outlook on life.” He is preceded in death by his parents, William P. Magee and Hazel (Drew), as well as wife Janice. He leaves behind a nephew, Brian Grigas, brother-in-law Donald Grigas and sister-in-law Patti Grigas, as well as numerous friends. Services were private. In lieu of flowers donations can be made in William and Janice Magee’s name to Wellness House of Hinsdale. Donations also can be made to any humane organization that specializes in pet rescue and adoption. Arrangements Entrusted to McCauley-Sullivan Funeral Home

The family of William P. Magee II created this Life Tributes page to make it easy to share your memories.

Send flowers to the Magee family.